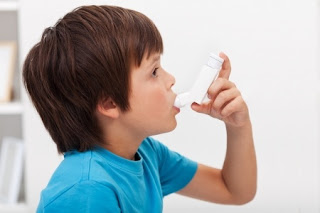 On the eve of World Asthma Day, pulmonologists and allergy experts say asthmatics should avoid spending long hours in air conditioned rooms as reduced humidity and cold can trigger an attack. “An attack triggered by reduced humidity and cooling by an air conditioner has been aptly named the ‘Freon Effect’,” noted Dr. Sudhir Prasad, a consultant pulmonologist at Global Hospitals.

“Consuming cold foods and beverages also ups the risk of irritating the airway and an attack,” he added. Attacks are common in winter and spring when pollen becomes an allergen.In summer, extremely high or low humidity levels are known to trigger attacks, warranting maintenance of ambient indoors.

The American Centre for Disease Control and Prevention advises maintaining indoor humidity between 35 per cent and 40 per cent. Dr. Prasad added that air-conditioned room temperature should not dip below 24 degree Celsius if asthmatics are the room’s occupants.

The impact of air-conditioning on allergic and asthmatic children can be markedly severe.

According to the president of Allergy and Asthma Network India, children attending classes in air-conditioned classrooms are more likely to report symptoms of rhinitis, sneezing and blocked nose. “This will happen often if air-conditioning filters are cleaned regularly. The upper and lower respiratory tract can get aggravated in sensitive allergic children. Additionally, given that class rooms harbour many students in closed premises for long hours, infections will also tend spread very swiftly,” he said.

In summer, extremely high or low humidity levels are known to trigger attacks

source: The Hindu
Posted by Global Hospitals Group at 11:40 PM