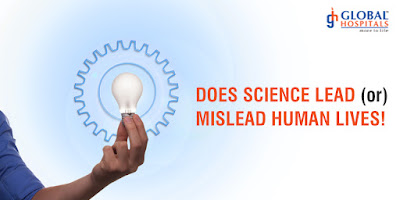 ‘Science’ word truly means knowledge (scientia). Science just means knowledge existing then. It is neither total truth nor eternal fact. There are many who are worshippers consider Science as demigod. Science of today is more segmental if not fragmental. I seek the attention of genuine scientists to ponder over this fact. Karl Popper rightly says ‘the problem of demarcation was not the problem demarcating science from metaphysics but rather problem of demarcating science from pseudoscience’. But any belief not founded on knowledge remains superstition that deserves to be condemned. Modern world is the product of science and its fruits.

Current scenario of science especially in the arena of Health is far from being scientific. On one side the professionals of health and medical sector are under constant influence of the data called Statistics of success or failure in various clinical trials and animal experiments. Mr. Koestler is right when he said ‘Scientific evidence is a rather elastic term and verification is always a relative affair’. The certainty of objective knowledge lies in our subjective faith and conviction.

The myth of a 1.5 trillion dollar business over 40yrs is now blown out that Cholesterol is not a nasty chemical. The US government has finally accepted that cholesterol is not a 'nutrient of concern', doing a U-turn on their warnings. This fear probably caused death of a million sensitive citizens who believe the US drug industry. Eggs, butter, full-fat dairy products, nuts, coconut oil and meat have now been classified as "safe" and have been officially removed from the "nutrients of concern" list.

What is more intriguing is ‘The US Department of Agriculture, which is responsible for updating the guidelines every five years, stated in its findings for 2015: "Previously, the Dietary Guidelines for Americans recommended that cholesterol intake be limited to no more than 300 mg/day."The 2015 DGAC will not bring forward this recommendation because available evidence shows no appreciable relationship between consumption of dietary cholesterol and serum (blood) cholesterol, consistent with the AHA/ACC (American Heart Association / American College of Cardiology) report."Cholesterol is not a nutrient of concern for overconsumption.” We do not know that all this is a fact of relief or recovery from shock of having been cheated so long by both professionals and the drug industry.

Earlier decades, 1970s, 80s and 90s were the 'non fat' years, with the health officials warning people to limit the amount of high-cholesterol foods in their diets to avoid heart disease and strokes. Dr. George V. Mann M.D. associate director of the Framingham study for the incidence and prevalence of cardiovascular disease (CVD) and its risk factors states: "Saturated fats and cholesterol in the diet are not the cause of coronary heart disease. That myth is the greatest deception of the century, perhaps of any century". Any individual consuming cholesterol lowering agents for over a decade possibly may now become victim of both cancer and drug induced diabetes, God forbid. Cholesterol is the biggest medical scam of all time by any stretch of imagination.

‘There is no such thing as bad Cholesterol!’ say experts.  Men of science have abandoned truth for money. Are we true followers of science? Attempting to control cholesterol is a very, very dangerous practice that occurs in every hospital and medical clinic daily, says Ron Rosedale, MD "Statin Drugs Actually Increase Heart Disease", an alarming statement. Further he adds, the majority of people that have heart attacks have normal cholesterol levels.

From basic human metabolic point of view ‘our body needs 950 mg of cholesterol for daily metabolism and the liver is the main producer, only 15% of cholesterol is being  provided by the food we eat.  If the fat content is less in our food we eat, our liver got to work more to maintain the level at 950 mg.  If the cholesterol level is high in our body, it shows the liver is working perfect.  Experts say that there is nothing like LDL or HDL.

Cholesterol is not found to create block any where in human body, let alone our heart vessels, say scientists.
When our ‘Fat phobia’ took a U turn, who knows, we may face another U turn, in what direction God only knows.

Take knowledge but do not believe blindly.
( The author is former Dean of Nizams Institute of Medical Sciences and currently Director of Global Medical Education and Research Foundation)

Posted by Global Hospitals Group at 5:26 AM