Success story of Ms Wala 30 years from Yemen, who has been suffering with progressive weakness of the left sided limbs from the 6th month of her pregnancy. She underwent a C- section in January following which she worsened neurologically and became weak in all the limbs and bedridden. 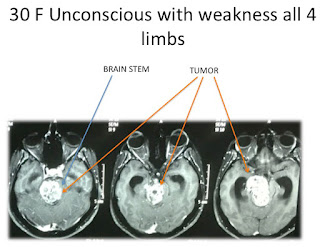 She was brought to Chennai in an emergency situation and visited another corporate hospital where a Shunt surgery and a tracheotomy were done. The MRI of the brain showed a large extensive tumor occupying the entire brain stem and going into the thalamus. The relatives were told that nothing could be done for the tumor.

The relatives then came to meet us at the Global Health City, Chennai, India. The Neurosurgical department took up the challenge. Under the leadership of Dr K Sridhar, Head of Neurosurgery, and with the support of the Neuro- anaesthesiology team led by Dr V Ponniah surgery was performed. 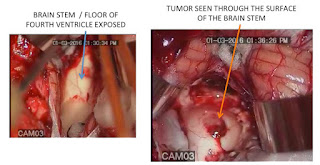 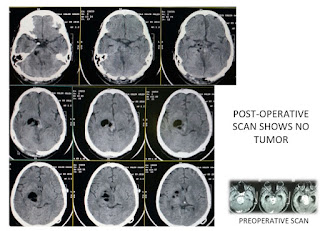 The patient has made a dramatic recovery. She is awake, responsive and undergoing intensive Rehabilitation Therapy.
Posted by Global Hospitals Group at 3:24 AM