Patients and/or Patents? – The Saga of Drug Molecule from Bench to Bedside 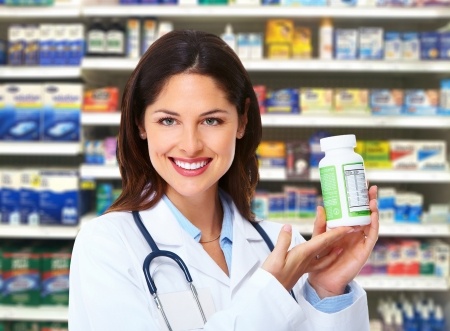 Patents are given to protect the interests of the inventor(s) for a period of 17-20 years and the patent shall not be exploited or copied by anybody else during this period for commercial purposes. It is expected that this period gives enough time to realize the value of the invention/patent. Pharmaceutical companies which own patents for new drug molecules enjoy an exclusive marketing right during this patent period and usually some such drugs become block-busters for the company. Drug discovery is expensive and time consuming.

Unless the new drug fails in the market due to unexpected fatal side effects, the company makes a premium in the first few years of sales. To maintain a monopoly on the drug and prevent other companies from introducing similar or better drugs many companies have resorted to what is called “ever-greening” of block buster drugs. This means the original drug molecule is re-patented claiming under the existing patent law, some unique features and presumed benefits, the sole intention being to extend the monopoly on the original drug.

This practice is in vogue in many advanced countries and hence it is possible to “ever-green” and to extend monopoly on the original drug, albeit under a new “dress-up”. India is extremely good in reverse engineering and it showed the world how basic chemistry skills could be used for the benefit of the (economically poor) society. Till today, India is the largest manufacturer and supplier in the world of drugs which have gone-off patent (the generics), the largest beneficiary being HIV-AIDS patients in the world. Indian companies ventured to extend this strategy for anti-cancer drugs, the costs of which are prohibitive throughout the world. This practice is being opposed by the patent holding companies. In 2005 our parliament introduced Indian Patent Act with some modifications to protect the interest of the poor people. One such modification introduced as section 3(d) emphasizes that “mere discovery of a new form of a known substance which does not result in the enhancement of the known efficacy of that substance” is not an invention — for the purpose of patenting.

The Swiss pharmaceutical giant, Novartis, has been fighting a case, for seven years now, against Government of India and other stakeholders for the anti cancer drug the beta crystalline form of “Gleevec” or “Glivac” as superior and better compared to originally patented as Imatinib mesylate. No data was submitted to substantiate “better or improved therapeutic efficacy” and hence the Supreme Court rejected the petition and denied patent to the newer version. This is a landmark judgment and it will open the gates for Indian pharmaceutical companies to go for generic version of all off-patent drugs and make them affordable to the society. The generic version of the drug Glivac is made available by Indian pharmaceutical company at “a tenth” of the cost to the patients. The cry of “end to R & D”, “drug discovery”, “innovation” have no basis and on the contrary this judgment will ensure that money is spent on original inventions and entirely new drugs and not on frivolous claims on existing molecules for newer specifications. Many countries, I am sure, will follow India in this and make drugs affordable to poor people in their country.
Posted by Global Hospitals Group at 4:38 AM