He will grow with a remote-controlled Leg, after the cancerous tumour was removed from his knee. 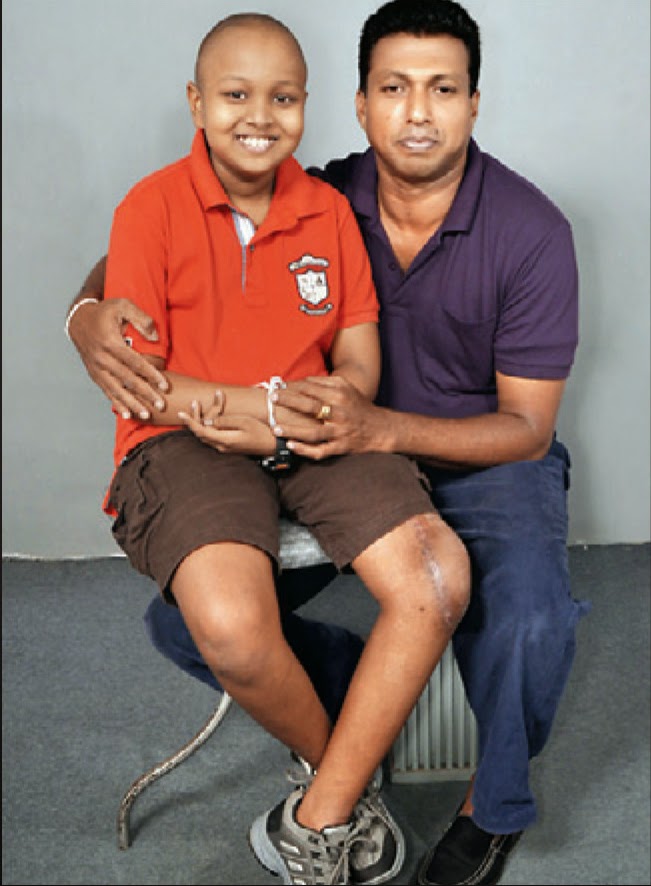 BENGALURU: This 10-year-old cancer patient from Sri Lanka has his limb remote-controlled. To ensure that he doesn't undergo surgical procedures often, doctors have increased the length of the magnetic metallic implant on his left leg through remote-control. The implant was placed after a cancerous tumour was removed from his knee.

"For Binura, we have implanted the expandable prosthesis that has an in-built magnetic disc, gear box and a telescoping rod. The growth anticipated from that bone was calculated and the prosthesis was designed accordingly. He has to visit the hospital once in three months and place his leg in a magnetic coil, and the limb will be lengthened by 1 mm in 4 minutes. The required length will be achieved without additional surgeries. Binura will have limb growth up to 14 to 15 years," said explains Dr Srinivas C H, consultant, orthopaedic onco-surgeon, who operated on Binura.

He developed pain in the knee in July, 2014. "We noticed him limping and avoiding cricket, his favourtite sport. We consulted a local physician who prescribed him medicines for pain. But the pain didn't subside and a month later, we noticed swelling above his knee. An orthopaedic surgeon in Colombo suggested that this could be a tumour in his thigh bone and advised treatment in Bengaluru," says Mallikarachchige L R, Binura's father.

HOW DOES IT WORK

When the prosthesis is placed in the magnetic field, it leads to rotation of the magnetic disc at 16,000 rpm (revolutions per minute). The telescoping rod moves, resulting in expansion of the prosthesis. The tailor-made implant was imported from the UK to suit the unique specifications of Binura. This technique is tried only on paediatric cases with bone cancer.
Posted by Global Hospitals Group at 9:51 PM