Posted by Global Hospitals Group at 4:46 AM 5 comments:

Posted by Global Hospitals Group at 6:57 AM 3 comments: 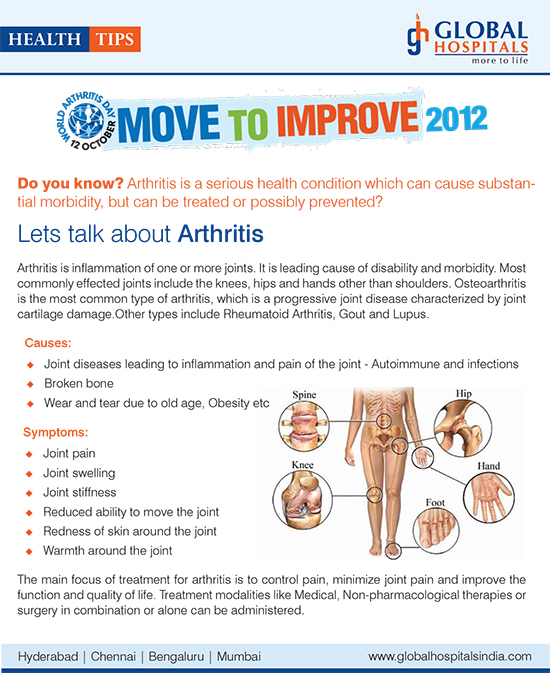 Posted by Global Hospitals Group at 2:55 AM No comments: 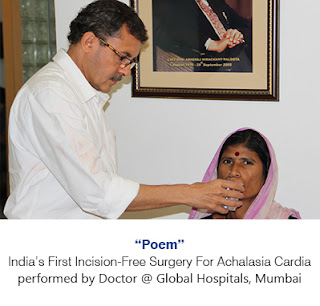 GLOBAL HOSPITALS, MUMBAI DOCTOR PERFORMS “POEM”
INDIA’S FIRST INCISION-FREE SURGERY FOR ACHALASIA CARDIA
28 Sept’12, Mumbai: In an unprecedented development, Dr. Amit Maydeo, Gastroenterologist at Global Hospitals, Mumbai performed India’s first incision-free surgery called POEM to treat achalasia,
a distressing disorder which causes severe difficulty in swallowing, reflux, chest pain and eventually esophageal cancer.This innovative surgery was performed through the mouth.
“Because of dramatic advances in technology, we can now perform complex surgeries through the mouth with no external cut. What we are seeing is the evolution of surgery into special procedures of endoscopic surgery which need no incisions at all. This technique was invented by Prof. Inoue from Japan and later popularized by Prof. Zhou from Shanghai, China. After taking training from Prof. Zhou recently, I was motivated to do this procedure in India for the first time”, said Dr Amit Maydeo, Director of the Baldota Institute of Digestive Sciences at Global Hospitals, Mumbai.
Elaborating further on this innovative surgical technique, Dr Maydeo said “That we see around 200 to 300 new patients of Achalasia Cardia in the city of Mumbai alone every year.  Achalasia cardia was a condition where the muscles of the food pipe are too thick and do not relax after swallowing. Therefore these patients cannot swallow their food, sometimes water or even their own saliva. It is a very distressing disorder and due stasis of the food in the esophagus, around 10% patients develop cancer of the food pipe eventually.
This condition has been traditionally treated by a Laparoscopic myotomy surgery which usually requires around 2 hours and around 6 small incisions in the stomach. Balloon dilatation has been another method to treat these patients but the procedure is associated with an uncontrolled rupture of the muscle fibres and is therefore considered dangerous. The new technique called ‘POEM’ which was performed for the first time in India by Dr Maydeo is a type of Natural orifice surgery performed through the mouth and can be completed in less than 90 minutes and the patient starts swallowing food from the next day itself thereby preventing the development of cancer.
Pooja, (Name changed), a 54 year lady from the Udgir taluka of Latur District of Maharashtra suffered from chronic achalasia for twelve years resulting in a 10 Kgs weight loss. She said, “When I tried to eat, the food would get stuck in my throat. Since the past few months, I could not even swallow water properly. All the water used to come out forcefully. I was completely depressed over the past two years and could not lead a normal life.  I had undergone a balloon dilatation few months back but I did not get any relief at all. I was advised surgery but was too scared to undergo such a major procedure”.

She further added, “Since this scar-less surgery has been done, I do not even feel that I have had a procedure. I knew that this was the first time this procedure was being done in India but I wanted my doctors to find a potential new treatment for this distressing disease”.
Posted by Global Hospitals Group at 12:27 AM 4 comments: