Tell me what is a Liver Test 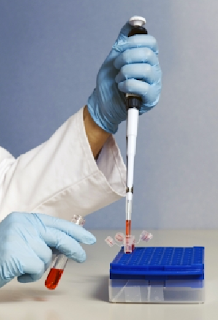 Liver tests are blood tests that indicate the presence of liver damage or inflammation. However, few Liver Tests also ascertain the overall condition of the liver or the biliary system and its functioning.
How helpful are Liver Tests in diagnosing liver disease?
Liver Tests supplemented by the patient’s medical history and physical examination, guide the doctor in diagnosing and treating a number of Liver diseases. A drawback of such tests is that they use the biochemical analysis of the blood as only an indirect indicator of liver condition.
Which Liver Tests are the most commonly used?
Alanine aminotransferase (ALT) and Aspartate aminotransferase (AST)
The liver cells contains enzymes which, in case of injury to the liver or hepatocellular damage, may leak out of the cells and reach the blood stream. Presence in the blood stream of such enzymes like Alanine Aminotransferase (ALT) and Aspartate Aminotransferase (AST) – known earlier as SGPT and SGOT – are most commonly used indicators of liver damage. ALT is a more reliable indicator of liver inflammation since AST is also present in other organs and tissues like the heart and skeletal muscle. In chronic liver disease, in spite of scarring of the liver or Cirrhosis, these enzymes may be within normal levels and hence not sufficient and reliable. However, in case of acute damage to the liver as in case of viral Hepatitis, ALT and AST may be used as an indicator of the extent of inflammation of or damage to the liver.
Alkaline phosphatase
This test is commonly used for detecting obstruction in the biliary system. Alkaline phosphatase is an enzyme found in both the liver as well as bile. It leaks into the bloodstream, like the enzymes ALT and AST, where excessive levels  may be seen in disorders such as gallstone disease, alcohol abuse,  drug-induced hepatitis or even primary biliary cirrhosis (PBC) and biliary tumors. However, since it is also present in other organs like bone, intestine, placenta etc it becomes necessary to eliminate the possibility of organs other than liver being the cause of its presence. Towards this purpose, one also needs to test for another enzyme which is not found in these organs – like gamma-glutamyl transpeptidase (GGT) or 5'-nucleotidase (5'-NT) to ascertain the precise origin of excessive levels of Alkaline Phosphatase.
Bilirubin is the primary pigment in bile in humans, excessive levels of which leads to jaundice, the yellow discoloration of the skin. It is formed mainly from breakdown of heme, found in Red Blood Cells, then taken up from the blood, processed and finally secreted by the liver into the bile. While a healthy person would exhibit small levels of Bilirubin in the blood (< 17 µmol/L), these may increase substantially to even higher than 50 µmol/L which leads to the condition of jaundice. Such elevated levels of Bilirubin may be caused by destruction of Red Blood Cells or liver dysfunction that leads to reduction in removal of Bilirubin from the blood stream.
Bilirubin is a relatively non-specific test since the level of Bilirubin in the bloodstream may be high under a variety of liver or biliary diseases. However, by virtue of its ability to indicate the liver’s potential to process and secrete Bilirubin into the bile, it is very useful as a true Liver Function Test.
Albumin
A reduction in the blood level of Albumin, a major protein formed by the liver, is an indicator of chronic liver disease. However it may be noted that a variety of factors may influence the level of Albumin in blood. The level normally ought to be > 35g/L and is measured as a part of most automated blood screening panels
Prothrombin time and INR
The liver generates proteins called blood clotting factors whose production is affected in case of liver damage. Tests like Prothrombin time (also commonly known as protime or PT) and INR evaluate blood clotting or coagulation which is directly indicative of liver dysfunction. PT values measured in seconds normally ought to be within +/- 2 seconds of that of a control patient
Certain liver diseases may need highly specialized tests for their detection. Viral Hepatitis B (HBsAg, HBV DNA) or Viral Hepatitis C (e.g. anti-HCV antibodies, HCV RNA) may be indicated by using specific antibodies, nucleic acids and proteins. Hemochromatosis may be inferred by an increase in levels of serum iron, transferrin saturation and ferritin. Patients of Wilson disease, a copper metabolism disorder, normally show a deficiency in Ceruloplasmin. Primary Biliary Cirrhosis (PBC) may be detected with the help of immunologic tests like the antimitochondrial antibody test. Antinuclear or anti-smooth muscle antibodies may point to Autoimmune hepatitis. The deficiency of alpha-1-antitrypsin may infer the presence of disease of the liver and/or lung.
Posted by Global Hospitals Group at 1:25 AM